#CareCollective > Denville Hall & Other Care Homes of the Rich & Famous

Denville Hall & Other Care Homes of the Rich & Famous

So, what if we told you that some of the UK’s care facilities have been home to some of the most famous British actors and actresses to ever walk the stage! Don’t believe us?

Read on to learn more about the glitz and glamour hiding behind the doors of these UK care homes and discover the (retirement) lifestyles of the rich and famous. 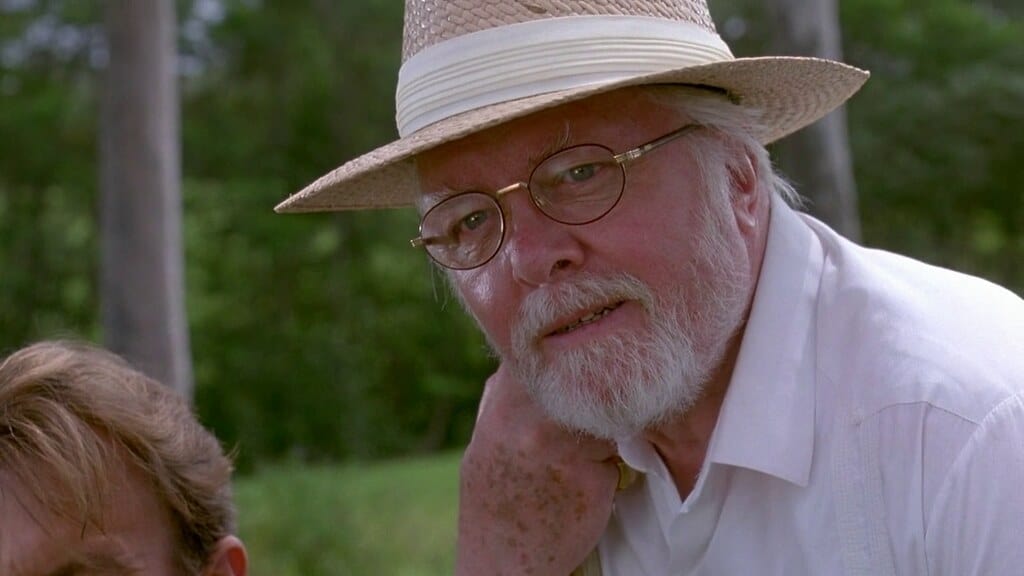 Located in Northwood in the London Borough of Hillingdon, to the untrained eye, Denville Hall is a normal historic building just like its neighbours. However, who knew that this care home is used as a retirement home for professional actors, who left life on the stage to tread boards of a different kind.

Offering residential, nursing, dementia, and respite care, Denville Hall has had many famous actors and actresses through its doors, although the home also invites other professionals in the entertainment industry to enter, including agents and dancers.

Among the most famed were English actor and filmmaker Richard Attenborough, brother to the world-famous Sir David Attenborough, actress Kathleen Byron, and actor and writer Andrew Sachs of Fawlty Towers fame.

The following were all also residents:

Tell me more about Denville Hall 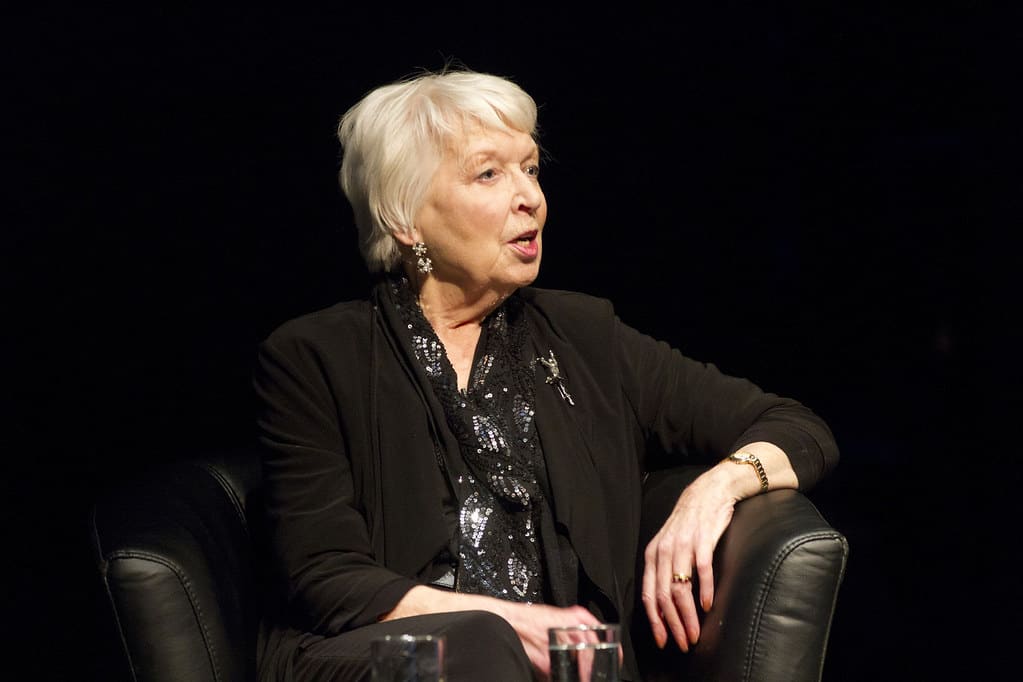 Our next celebrity is legendary actress June Whitfield, who became a household name thanks to the popularity of TV series Terry and June, as well as her role as Edina’s mum in the popular series Absolutely Fabulous. She was even awarded a lifetime achievement award and made a Dame in 2017 for her services to drama and entertainment.

Following the death of her husband, Juned moved into a care home after living alone in her big house became too much. So, which care home was June Whitfield in? It appears the exact location is unknown, but there’s one thing we do know – apparently June loved life in a care home, and who can blame her? With 24-7 care, activities and socialising with friends, what’s not to love! June sadly passed away in 2018, but her name and legacy will live on forever. 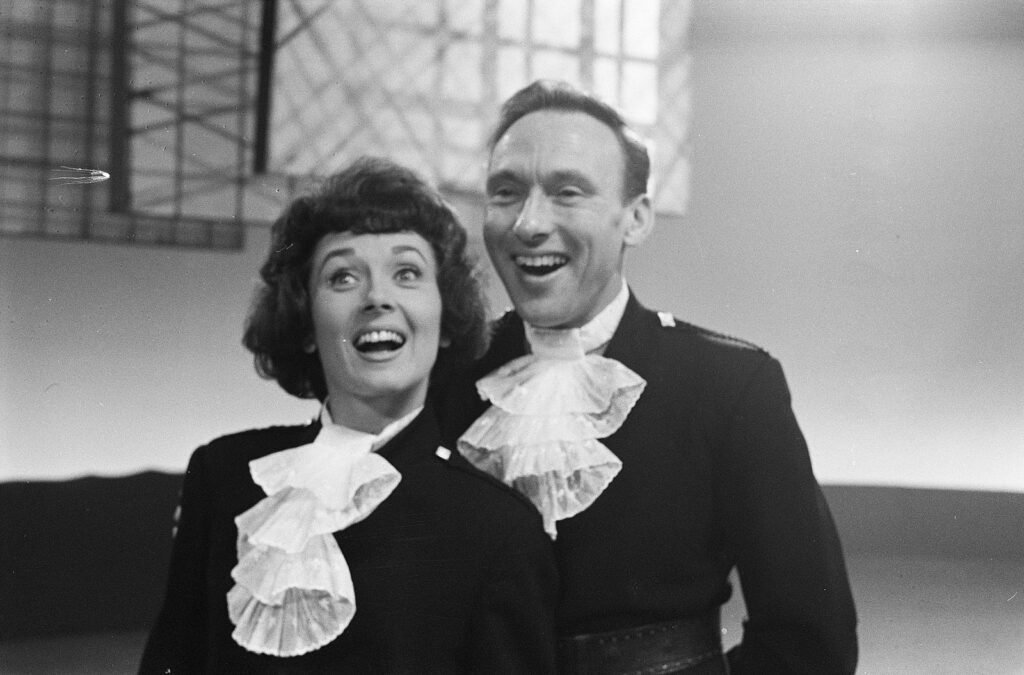 Another care home bursting with celebrity residents is Brinsworth House, which is situated in Twickenham, in West London. To reflect the star quality of its famous residents, Brinsworth House, which was nicknamed ‘the Old Pro’s Paradise’, decorated the building with posters of Royal Variety Performances and even installed an entertainment stage so that its resident stars could carry on singing and dancing even in their retirement.

Famous residents who took their final curtain calls here include Penny Calvert, a dancer and first wife of Sir Bruce Forsythe, entertainment duo Pearl Carr and Teddy Johnson, who represented the UK at Eurovision in 1959 and Sir Norman Wisdom, an English actor, comedian, and singer-songwriter best known for his series of comedy films in the 50s and 60s. Other notable names include Australian-born British DJ and much-loved radio personality Alan ‘Fluff’ Freeman and English comedian, actor, writer and singer Charlie Drake, who sadly passed away in 2006.
Brinsworth House is funded by the Entertainment Artistes’ Benevolent Fund and regular events are held at top venues like the London Palladium to raise further funding. Celebrities can help out by sponsoring bedrooms and at the home you’ll find such star-studded rooms as the Barbara Windsor room, the Gloria Hunniford room and the Sir Michael Parkinson room! Care home fees might not be quite the same as payment for a blockbuster movie, but every little helps

Tell me more about Brinsworth House 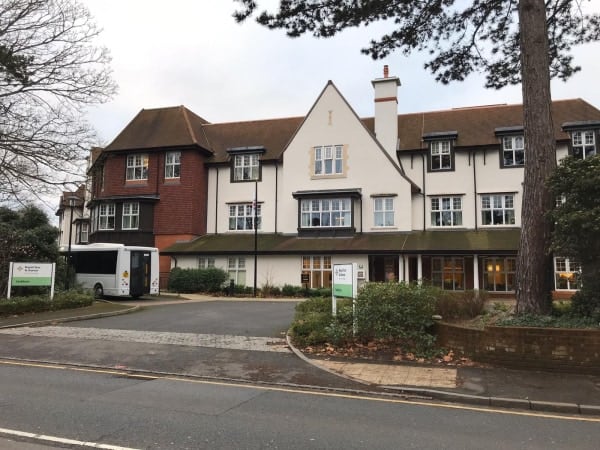 A slightly different type of care home, the Royal Star and Garter, was built in the 1920s as a hospital to provide accommodation and nursing care for injured servicemen in World War I. The home was initially situated on Richmond Hill in Richmond, London – although all you’ll find there now is apartment blocks.

In time, the Royal Star and Garter care home housed several decorated war veterans and heroes, including Frederick Jeremiah Edwards, recipient of the Victoria Cross, who died at the home in 1964, Norman ‘Bill’ Jewell, who was commander of the HMS Seraph submarine during war operations, and Nancy Wake, who fought with the French Resistance and lived in the home from 2003 until she passed away in 2011.

Over the years, the charitable trust behind this care home, the Royal Star and Garter Homes, opened other new homes in Solihull in the West Midlands, High Wycombe in Buckinghamshire and in Surbiton, where residents of the Richmond home moved in 2013.

We may think that when we retire, we are approaching the end of our lives. However, these inspirational people found freedom in retirement and lived each day to the full, continuing to sing, dance and pay homage to the entertainment industry. It just goes to show, your final act doesn’t have to be any less exciting than your first – and when it comes to taking your last curtain call, you can take your bows with no regrets.